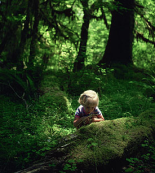 My heart soared like a hawk when I learned that my youngest son was taking his children to walk on the same trail in the same state park that I took him and his brother when they were little!

Leaves were falling and his three were running and catching each leaf as they dropped to the ground.

His daughter went up to a slender tree and asked: “can I shake this tree?”

He replied: “yes, honey; shake that tree as much as you want!”

She giggled as she shook the tree and leaves cascaded down.

Growing up in the country I spent a lot of time exploring the woods behind our house.

Later when our boys were old enough I introduced them to the joy and adventure of experiencing Nature in a nearby state park.

Now, here was my youngest taking it to the next generation.

A sense of fulfillment, satisfaction and accomplishment swelled up in my heart and brought tears to my eyes.

P.S. Play is a child’s Work – and their Environment is their Laboratory.

Part of that environment needs to be Nature, or our children suffer from a “Nature-Deficiency”. 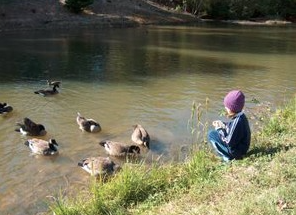 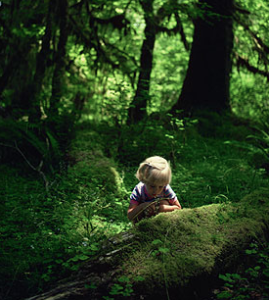