Before Steve Jobs became the leader of the tech industry he was more of a ringleader, headed straight towards jail (his own words) – setting off fireworks on the teachers’ desks; switching all the locks on all the other students’ bicycles.

Three people in his life were instrumental for his shift in trajectory.

One was his fourth grade teacher, Mrs. Hill.

When Steve was transferred into her class, she watched Steve for about two weeks and then approached him.

She said “Steven, I’ll tell you what.  I’ll make you a deal. I have this math workbook and if you take it home and finish on your own without any help and you bring it back to me, if you get it 80% right, I will give you five dollars and one of these really big suckers.”

Then she held it out in front of him.  It was one of those giant suckers.

Steve looked at her as if to say “Are you crazy lady”?

Nobody’s ever done this before, and of course Steve did it.

She basically bribed Steve back into his love of learning with candy and money.

She got him kits for making cameras. He ground his own lens and made a camera.

Before very long he had such a respect for her that it sort of re-ignited his desire to learn.

In Steve’s own words: “It was really quite wonderful. I think I probably learned more academically in that one year than I learned in my life.”

As fathers when our children get into mischief, let’s look deeper into what is going on in their head and figure out a way to appeal in a positive way to their motivations and create a course correction for their life.

P.S. I leave you with Steve’s own words, which echo my beliefs on using electronics as baby-sitters for our children: “The most important thing is a person. A person who incites your curiosity and feeds your curiosity; and machines cannot do that in the same way that people can. ” 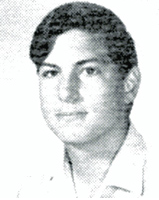 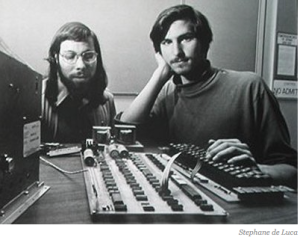