Down, But Not Out!

He had broken his leg during a wrestling match at school!

The doctor said that he had only seen that type of massive break from car accidents!

After surgery a young nurse in her early 20’s was pushing the rolling bed holding my heavily sedated son as I walked beside.

He dreamily looked at her and asked, “What’s your name?”

She told him and then he asked: “Can I have your phone number?”

I looked at her and she smiled and said: “After anesthesia they are either belligerent or happy.”

He slipped back into la-la land until he was safely back into his room.

I had to chuckle.

He was temporality down for the count – but he was most definitely not out of commission! 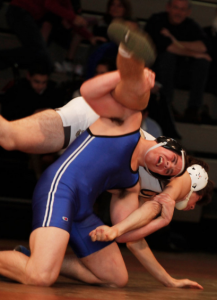