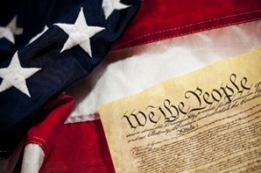 When I was 15 I enrolled in a Civics class.

No, it was not about Honda cars.

It taught the study of the practical aspects of citizenship, its rights and duties; the duties of citizens to each other as members of a political body and to the government.

Once particular class lesson shocked me.

The lesson was about discerning the truth about events in the news.

One of the reasons that I was shocked was that I naively believed that if it was shown on television and printed in the newspaper, then it was truthful and accurate reporting.

“Not always true,” said my teacher, “there is bias in reporting and each media outlet ‘spins’ the reporting of an event to agree with certain beliefs and world views.”

We were given an exercise that was very uncomfortable for me.

We were told to research a recent event by reading four different publications: our local newspaper, The Flaming Cross by the Ku Klux Klan, The Daily Worker by the Communist Party and the Christian Science Monitor.

By reading about the same event from four different polarized publications, we could piece together what really happened for a controversial event, in other words, discover the truth about the event, not a particular journalist or organizations interpretation of the event.

I was concerned the the FBI would come knocking on my door if they discovered that I was reading anything other that our local newspaper.

But the lesson stuck.

It reinforced to me how important it is for our children to be taught how to think for themselves, to sift, sort and select from multiple sources in order to discern and make wise choices.

Our future depends on having more citizens who think intelligently, who participate passionately in the causes they believe in, and shape the course of local, national and world events.